Hur-ul-Nisa (30 March 1613 – 5 June 1616) was a Mughal princess, the first daughter of Mughal Emperor, Shah Jahan, and his chief consort, Arjumand Banu Begum, also known as Mumtaz Mahal was the Mughal Empress and chief wife of 5th Mughal Emperor Shah Jahan. The love of Mumtaz Mahal and Shah Jahan is immortal in the history of the World. Shah Jahan complete name was Khurran Shihab-ud-din-Muhammad.

Also you like to read Mughal Emperor Shah Jahan

Shah Jahān, Mughal emperor from 1628 to 1658, is perhaps best remembered for the grand monuments constructed during his reign, especially the Taj Mahal and the Motī Masjid (Pearl Mosque) in Agra and the Jāmiʿ Masjid and Red Fort in Delhi.

Born on 30 March 1613 at Akbarabad, she was named Hur al-Nisa Begum by her paternal grandfather, Emperor Jahangir who adopted her as his daughter. Daughter of Shah Jahan, Hur al-Nisa Begum was the first of the fourteen children born to Prince Khurram and his wife, Arjumand Banu Begum. Her maternal grandfather was Asaf Khan IV, the Grand vizier during the reign of her father.

She was deeply loved by Emperor Jahangir and his household.

“Arjumand Banu Begum was promoted as the Cheif queen of Emperor Shah Jahan was given the title of ‘Mumtaz Mahal”.

On 21 May 1616, Hur fell ill with smallpox and on 5 June, “the bird of her spirit took wing from this eternal cage and flew to the gardens of Paradise.”

Jahangir, who was deeply attached to her, was very much grieved at the death of this grandchild that he could not bring himself to note down her death and had requested Mirza Ghiyas Beg to do so. Jahangir did not receive servants on the first two days after her death and ordered her room to be walled up. On the third day, unable to bear the grief anymore, went to the house of Prince Khurram and stayed there for several days.

While on his way to the Prince’s house, the Emperor broke down several times at the thought of the “heavenly child”. He then went to the house of Asaf Khan IV to keep him occupied. Yet, for as long as he stayed in Ajmer, he broke down at every familiar thing

Since the child passed away on Wednesday, Jahangir ordered the day to be called “Gumshamba” or “day of loss”.

“The wife of the Mughal Emperor Shah jahan, Arjumand Banu Begum died on 17 June, 1631 in burhanpur.”

Shah Jahan was devastated and went into secluded mourning for a year, emerging, according to a contemporary chronicler, stooped and white-haired. Determined to provide a fitting memorial for his wife, the emperor had her body exhumed and brought to Agra where building soon began on her mausoleum. 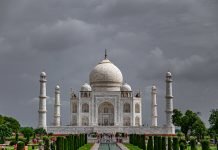 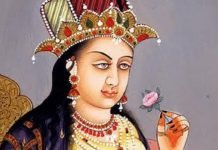 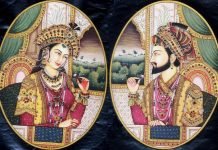 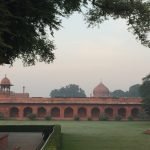 The story about the Taj Mahal Garden

alamgir - May 6, 2020
0
The Garden of Heaven idea was imported from Persia by the Mughals as the Timurid Garden. They were the primary engineering articulation of the... 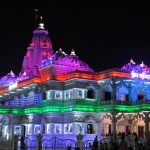 Stay Hotel Atulyaa Taj with 2 day Trip to The Taj Mahal, Agra with...

alamgir - March 12, 2022
0
Stay Hotel Atulyaa Taj with 2 day Trip to The Taj Mahal, Agra with Mathura & Vrindavan from Delhi and get best deal on... 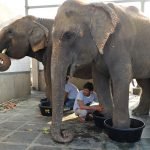 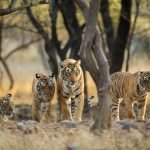 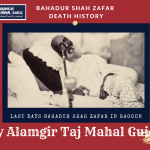